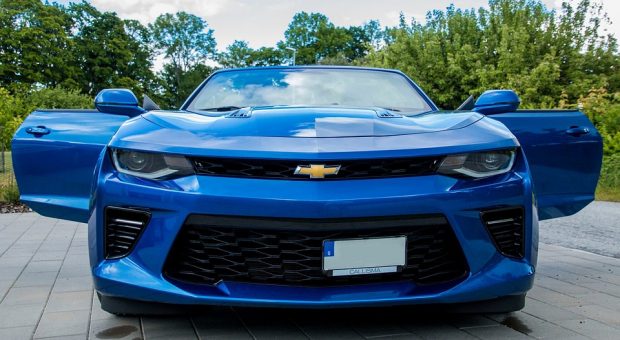 If you fancy landing a brand-new Chevrolet Camaro SS or ZL1 and you live in the California or Washington areas, then your days are numbered. Due to the now apparently high levels of copper in the brake pads, both models will soon be illegal in the above states.

The clampdown started in 2010 with California’s Department of Toxic Substances Control (DTSC) and governor at the time Mr. Arnold Schwarzenegger signing off the bill, ‘The California Motor Vehicle Brake Friction Material Law.’ The bill stops suppliers and carmakers using brake pads ‘containing more than trace amounts of copper, certain heavy metals, and asbestos.’ Any brake pads containing more than 5% copper after January 2021 will not be allowed.

While the rest of the Chevrolet lineup carries on unaffected, it’s the Camaro SS and ZL1 which are hit by the new rulings. Any vehicles currently in stock can still be snapped up and are still available everywhere else. Chevrolet is currently redeveloping their brake pads to comply with the new legislation.

The Camaro SS or ZL1 is still a topline muscle car, even though these days it is more general sports car orientated. The ZL1 is equally at home on the track or down the straights, with an extremely mean and moody body styling. The ZL1 has the most oomph, with a 6.2-litre V8 pumping out 650HP with the 1LE pack which adds carbon fiber parts, upgraded suspension, and track-worthy tires. A very potent deal for a vehicle starting at $70,000.

If you want to stick as close as possible to the tried and tested muscle car template, the Dodge Charger and Challenger are the best bets. The Charger Scat Pack is still very capable with its 392 Hemi V8 engine, producing 485HP, with a starting price of $40,000. However, it is the Hellcat Redeye, producing 797 hp and 707 lb-ft of torque from a 6.2L supercharged V8, and the 2021 Dodge Challenger SRT Super Stock with 807HP which are going to frighten people the most. Both vehicles come fully equipped with all modern conveniences.

The Mustang GT is still a top performer, with 416HP from a 5L V8 engine, and is the most readily available in both hand drives for domestic and foreign markets. The Mustang GT is very popular across Europe in native hand drive as it strikes a fun alternative to traditional European sports car fair and comes in at a respectable price starting at £36,040.00. 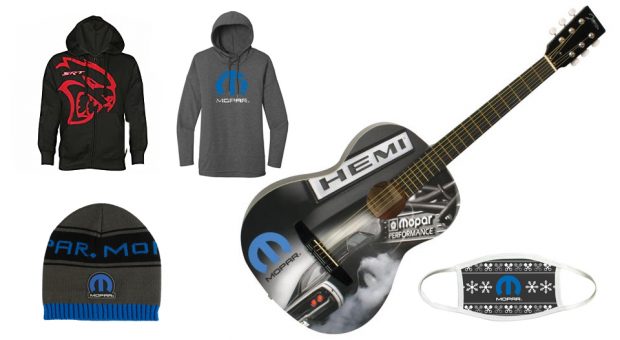 ‘Tis the season to wear gaudy sweaters and other clothing items you would never wear at any other time of the year. However, Mopar has you partially covered with every conceivable gift idea you can think of with Mopar branding. While some of the gift items are Christmas themed, such as the snowflake covered face mask, most items wouldn’t look out of place on the dragstrip in the height of summer.

We picked out this Mopar hoodie which will keep you warm through the winter days and cold summer nights.

On the official Mopar merchandising page, there is every conceivable item you can think of to fill up your own or somebody else’s stocking this year. If there is someone you particularly hate in the family or you simply want to make them look ironic, then Mopar have you covered with their ‘Ugly Holiday Sweater.’ 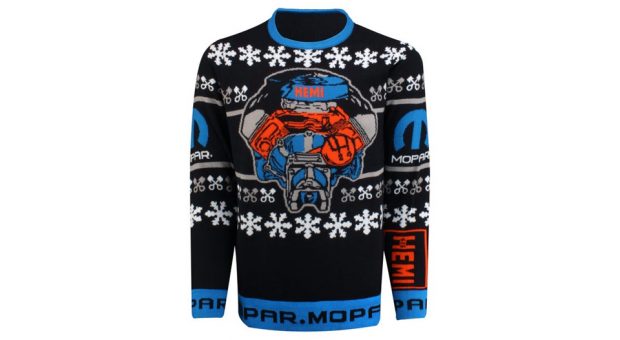 If you want to show that you are top-dog on the dragstrip, the sweater comes with a custom knit design, custom graphics, and primary colors loud enough to blind all the opposition. The stop you in your tracks look of the sweater may just be enough to put off the competition in your next race.

Donate To Fast Muscle Car
We spend a lot of time bringing you muscle car content. If you would like to donate something to help us keep going, that would be fantastic.