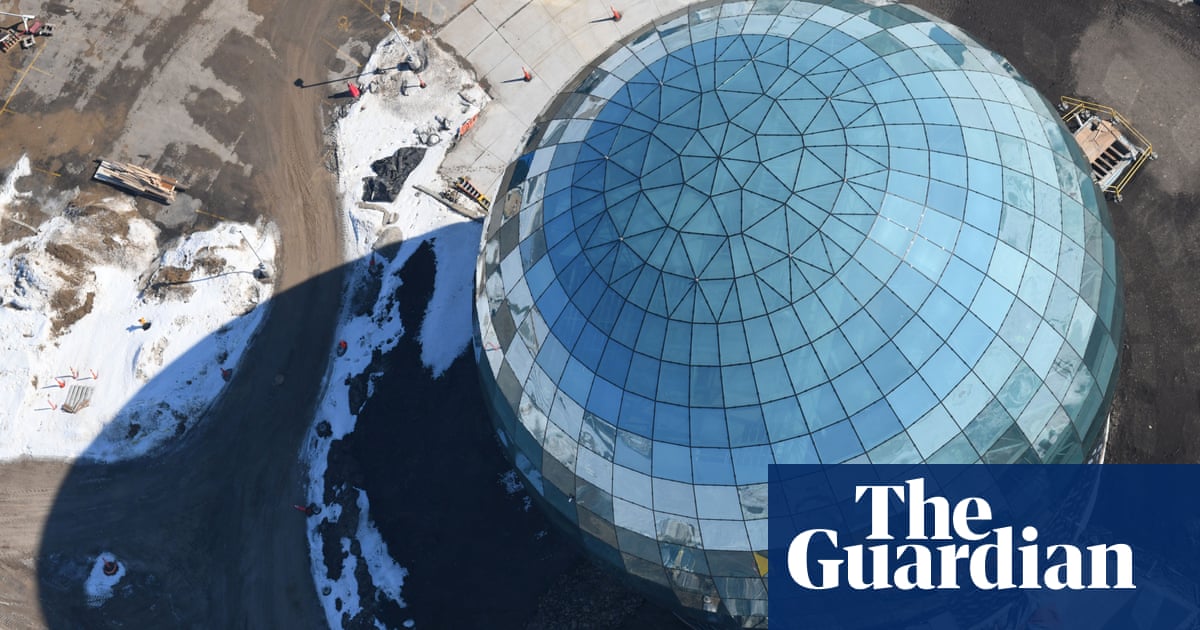 The head of Taiwanese manufacturing company Foxconn has said it could start making electric vehicles at a previously abandoned Wisconsin project Donald Trump had claimed would be the “eighth wonder of the world”.

Speaking in Taipei on Tuesday Foxconn chairman Young Liu, said the company would finalise plans by July in order to start production by the end of 2023, if they decided electric vehicles (EV) was the way to go in Wisconsin.

The Wisconsin factory campus was announced in 2017 with the original plan to make LCD screens, but was mired in controversy after hundreds of residents were forced to move and millions in US tax breaks were secured, only for Foxconn to later re-evaluate its ability to competitively produce screens at the site.

“Recently we found maybe there’s a good product to have made in the US, and that is EV,” Young said on Tuesday. “EV is big, it’s not easy to ship. Also we studied the area in Wisconsin. It’s close to the area they use to make cars. So the infrastructure is there.”

Asked if he was worried about domestic US perception of the company if the plans fell through again – given Foxconn had also failed to deliver on a promised project in Philadelphia, as well as others overseas , Young said it made “business sense” to follow through.

“We already have the land there, some factory buildings there,” he said. “We’re already there, so we better make good use of it. I’ll try my best to have good use.”

He said the investment would exceed the previous estimates of $10bn, by up to 30%.

Foxconn, a Taiwanese company traditionally involved in making iPhones and other consumer electronics, has been expanding into electric vehicles over the past 12 months. It has established partnerships and joint ventures with automakers in China and Taiwan, as well as US start-up Fisker, and is developing an open software and hardware program for manufacturers which Young said “significantly lowers development time”.

In February Young pledged two or three EV’s using the platform by the end of this year. On Tuesday he said the company aimed to eventually provide 10% of all EV production, and indicated the company was in partnership talks with at least one other US company. Young declined to name the company but said they were not a traditional vehicle manufacturer.

Foxconn does not have a history of EV production, but Young said their lack of a legacy and “speed” was their major advantage to compete with companies such as current industry leader, Magna, which recently announced a $1bn joint venture with LG to manufacture EV components.

Young, who became the second to hold the position in the company’s history when he took over from founder Terry Gou in 2019, has been expanding the company’s reach into new areas. In 2014 he started semiconductor group within the company.

At the press conference Young also pushed back on suggestions Foxconn was deliberately moving production out of China. Foxconn is the largest of three Apple producers, and a recent Asia Nikkei report said it had been negotiating with Apple to move out of China due at least in part to deteriorating US-China relations.

The company recently announced it was moving production of iPhone 12s from China to India, reportedly equivalent to as much as 10% of its Chinese manufacturing, drawing intense social media reaction. A hashtag related to the announcement was viewed more than half a billion times on Weibo, with people fearing hundreds of thousands of job losses. Foxconn is also investing heavily to expand its operations in Vietnam this year.

But on Tuesday Young said the moves were “part of a trend towards regional manufacturing”. He said Foxconn felt no pressure from the Chinese government.

“We have very little say in terms of where and when we’re going to move. It’s all our customers’ decision. So far our major production site is still in China, and we also see some local production requirement coming up in a big way.”