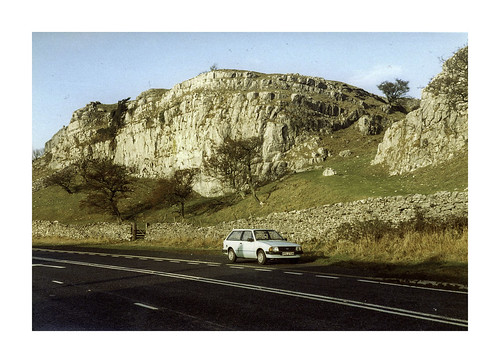 For several years like most young in the late seventies and early eighties I made do with a series of rust buckets that had no performance or modern extras. My big move forward came when I purchased this W registered Ford Escort Mk 111 estate. All of a sudden I had a car that would do the ton, had a radio with cassette player and would eke out 35 miles per gallon.

This motor was first registered in January 1981 and a quick search at the DVLC reveals that it disappeared from their records in April 1992. I believe that I owned it from early 1984 until October 1985. I chose to sell the car as I was being moved with work to London and wouldn't have a need for it anymore.

Photo taken on the A650 near Giggleswick.