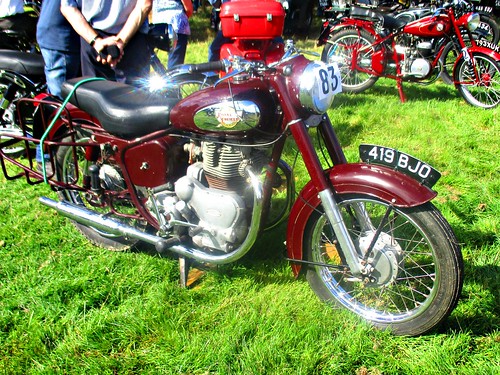 By 1953 Royal Enfield had developed a 692 cc, overhead valve twin capable of 100 mph which they launched as the Meteor.In 1954, the Super Meteor was updated and fitted with a new cast alloy headlight nacelle housing the speedometer, ammeter and light switch. During 1955, the dynamo and coil ignition was replaced with a Lucas magdyno

In 1956 a new Super Meteor was launched with a new design frame based on the 500cc Meteor Minor the new model had a strengthened crank and improved clutch. The frame was also strengthened to handle the increased torque, the gearbox was modified compression ratio increased and upgraded with Lucas alternator and Amal Monobloc carburettor.