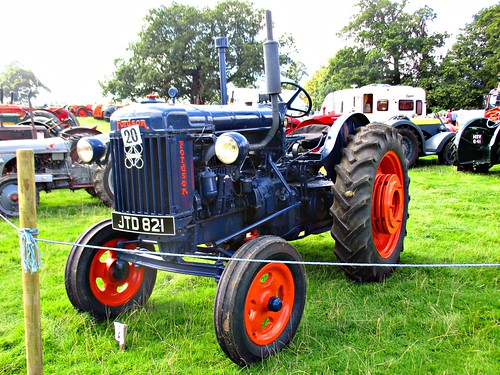 Fordson was a brand name of tractors and trucks used on a range of mass-produced general-purpose tractors manufactured by from 1917through to 1964, Ford of Brittain also built built trucks and vans under the Fordson brand. After 1964, the Fordson name was dropped and all Ford tractors were simply badged as Fords in both the UK and the US.

The Fordson E27N Major introduced in 1945, was an update of the outgoing Model N due to postwar shortages delaying the introduction of a completely new tractor. known simply as the Fordsom Major until 1953, when the E1A "New Major" entered production. After that, it became common to use the E27N Major