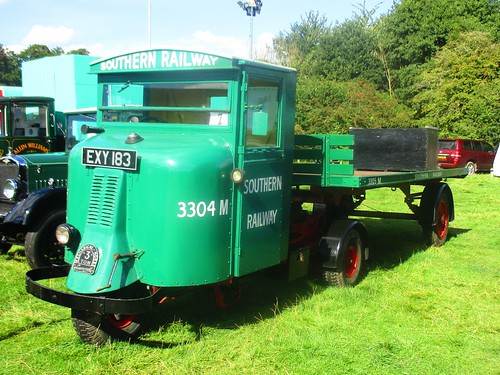 In 1934 Scammell produced the Mechanical Horse with 3 wheels and designed by Oliver North to replace horses in postal and rail deliveries. This featured automatic carriage coupling with the single front wheel steering through 360 degrees. Sold as in 3 ton and 6 ton versions and powered by either a 1125cc side valve engine for the three ton and 2043cc engine for the 6 ton. Massively popular with the railway companies and in direct competition, with the Karrier Cob introduced four years earlier. The Mechanical Horse and its successors the Scarab and Townsman sold around 30,000 units but today only around 30 Mechanical Horses, 60 Scarabs and 30 Townsman models remain accounted for.